Canoff, Off the Pole, 1 Point!

No Throw Under Line!

Knock your Can Off, Lose 1 Point!

One Hand Behind Back or Holding Drink!

Score points by knocking the other teams Canoff.  The first team to ten points wins!

Got to make sure you aim on target though… a bad throw or a drop-catch means a penalty! The choice of penalty is up to you; a press up, a lap round the garden, a drink… you decide!

Think it’s too easy? Well, here’s the catch. All players have to have a hand behind their back, or a drink in their hand during play. Its trickier than you think!

Let’s play fair, so no hogging the poles! Players have to stand 1 meter behind their poles during play. But be careful diving for your can, a mistake knocking it off yourself will loose you one point!

You can play Canoff in the park, take it to the beach, or set it up in the garden; it’s a fun outdoor game for everyone to enjoy!

Get 25% off our summer offer!
Selling Fast, limited amount only.
Get Offer!

Join our newsletter to stay updated and get an added 5% off our summer offer! 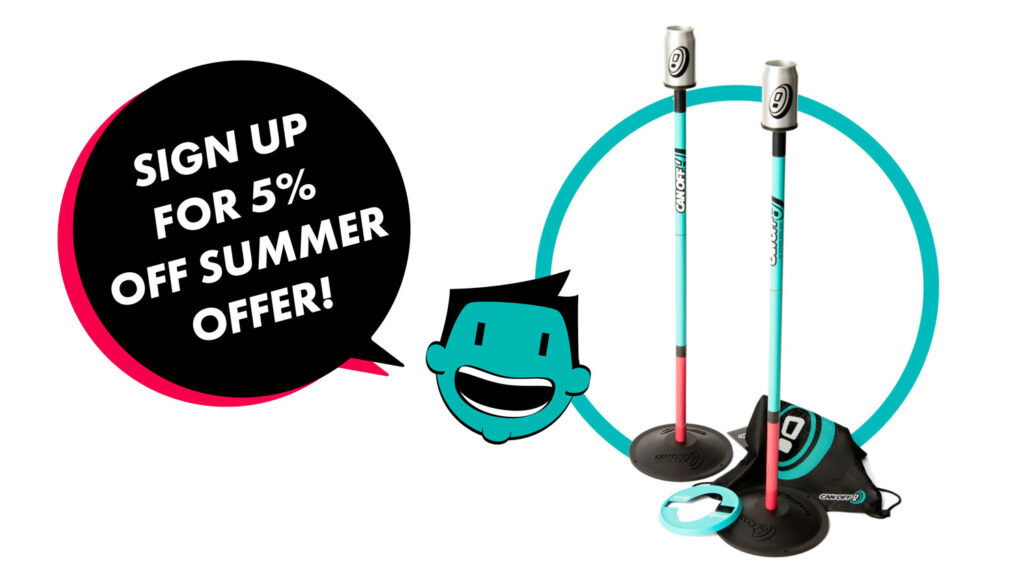 Sign up to our newsletter and get a further 5% off our summer offer!